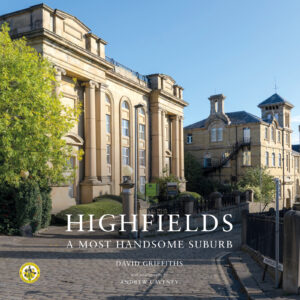 Society members will undoubtedly be familiar with — and probably own a copy of — David Griffith’s well-received The Villas of Edgerton: Home to Huddersfield’s Victorian Elite (2017).

The story behind the development of Highfields, Huddersfield first suburb, has been told in a new publication, written by one of Huddersfield’s most knowledgeable local historians, David Griffiths, and published by Huddersfield Civic Society.

Highfields – a Most Handsome Suburb has been written as a companion to The Villas of Edgerton and author David Griffiths again paints a picture of a distinctive and architecturally significant area, acknowledged today by its Conservation Area designation. The text has, once more, been complemented by the photography of Andrew Caveney of Creative Digital Photography, and a variety of images, maps and photographs, sourced from local and national archives.

The book traces Highfields’ development which, in the early nineteenth century, became the favoured residential location for Huddersfield’s business and professional class. Their handsome Georgian houses were followed by the architectural showcase of New North Road where, amid a wealth of Victorian residences, significant educational and religious establishments, some by distinguished architects, were constructed. The architectural quality of the area was recognised nationally by the 1860’s and poet laureate, John Betjeman was, similarly, impressed when he visited the town in 1964.

David, author of several books and contributor to many other local publications, has previously led guided tours around the area about which he says: ‘Highfields is a stone’s throw from the town centre and deserves greater recognition. Its streets and lanes offer up rich rewards, and the book includes numbered maps from which individual buildings can be discovered on foot’.

The book is available to purchase online on the Huddersfield Civic Society’s web site: 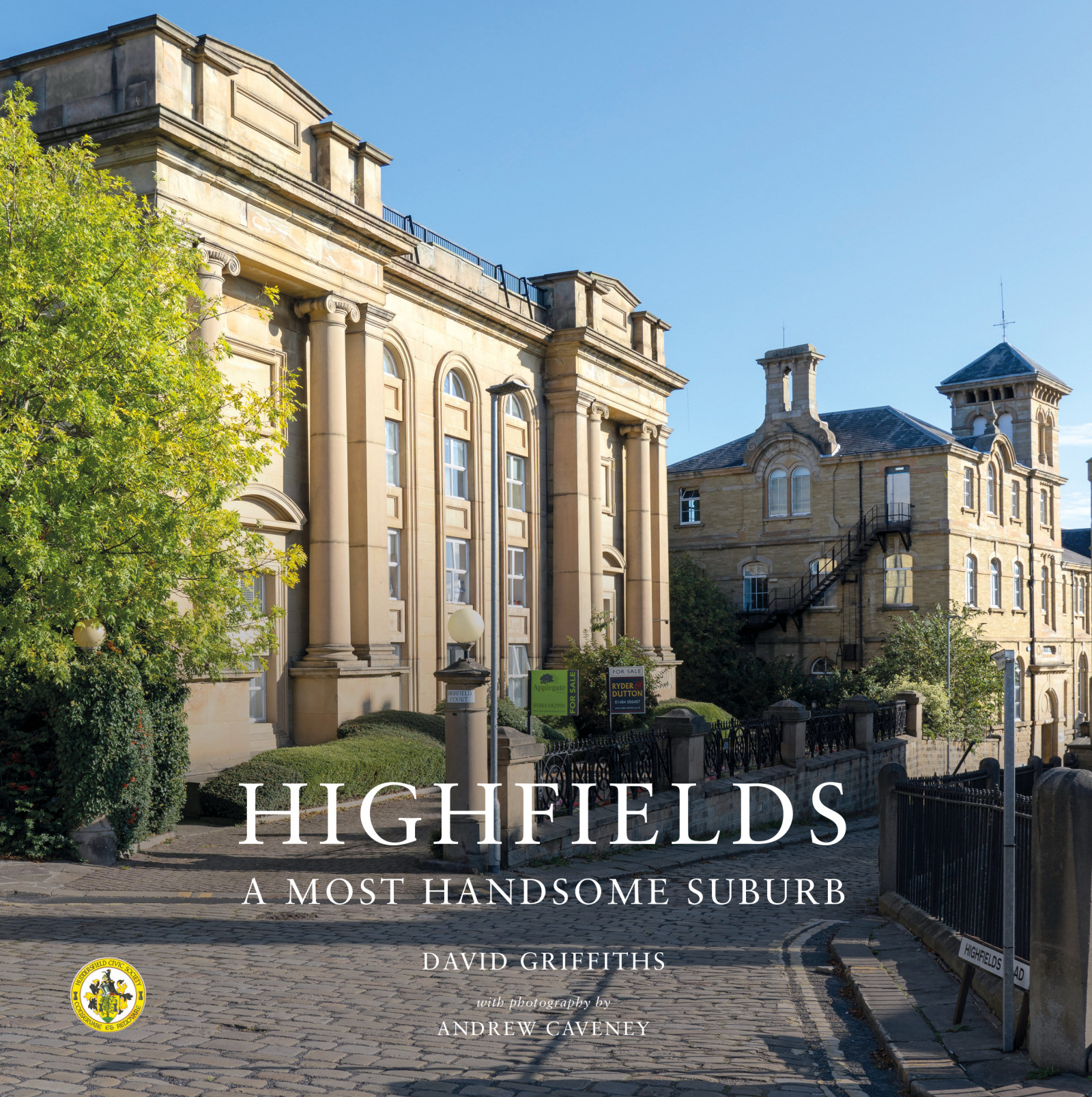